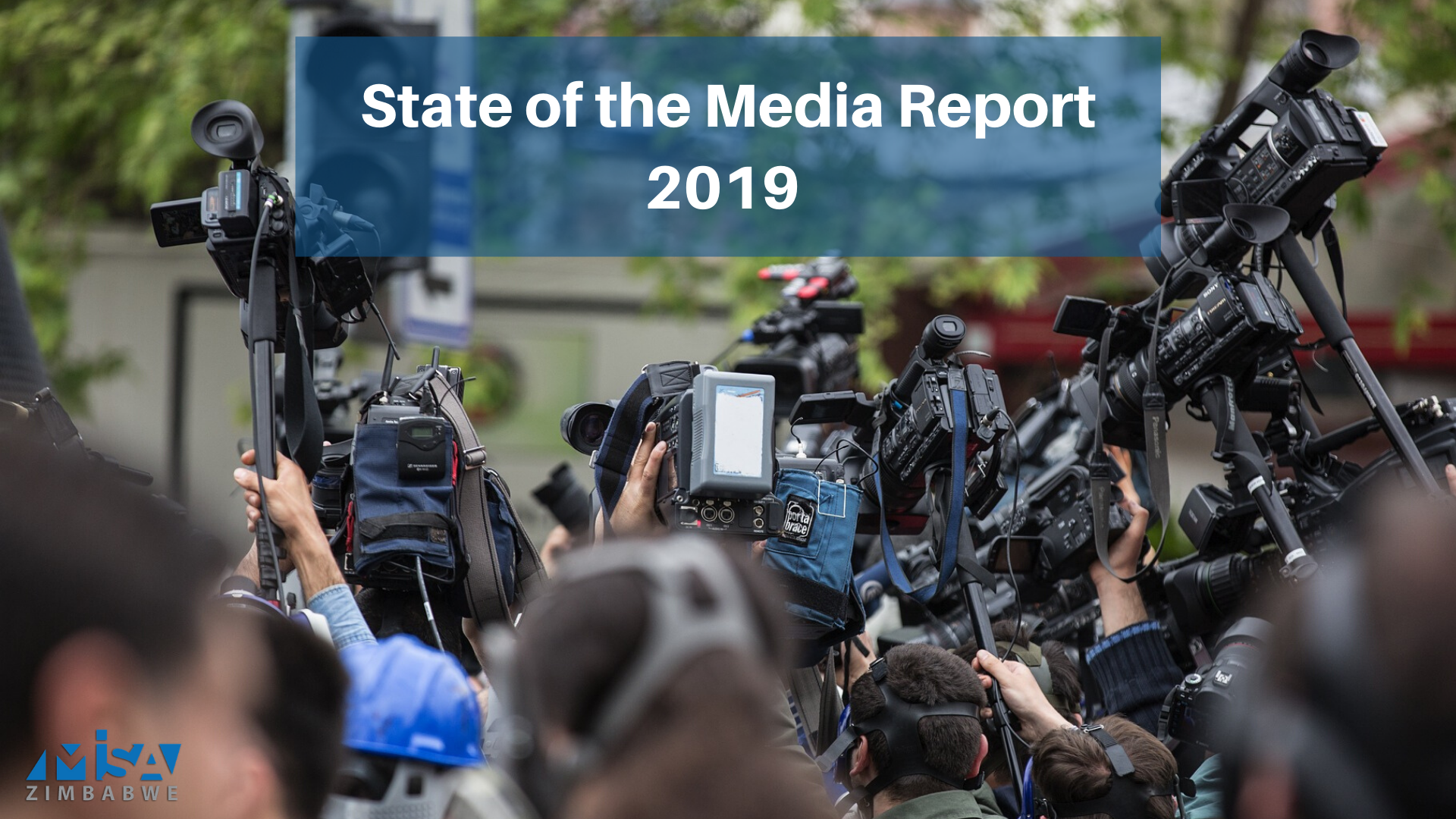 MISA Zimbabwe is proud to publish its annual state of the media report which takes a look at the media landscape and operating environment with regards to freedom of expression, access to information, digital rights and media freedom in 2019.

Zimbabwe’s 2018 elections coming on the backdrop of the ouster of former President Robert Mugabe in November 2017, were held amid great expectations of a new era that would spur the country’s socio-economic development in a concomitantly open and free democratic space.

These expectations were underpinned through pledges by President Emmerson Mnangagwa’s newly elected government to undertake requisite economic and political reforms to unlock international foreign direct investment as enunciated through his Zimbabwe is ‘open for business’ mantra. Media policy and law reforms were among the key reforms critical to steering the Zimbabwean ship in the right direction and retaining its pride of place in the international community.

It is against these expectations that the Ministry of Information, Publicity and Broadcasting Services led by Monica Mutsvangwa, in November 2018, held consultative meetings with key media stakeholders to get input into the form and shape the envisaged reforms would take.

Resultantly, the government conceded to the unbundling of the discredited Access to Information and Protection of Privacy Act (AIPPA) through the gazetting of the Freedom of Information Bill and the Zimbabwe Media Commission Bill. The Broadcasting Services Act was also lined up for similar reconstruction through the Broadcasting Services Amendment Bill.

However, as 2019 came to a close, more than a year after the July 2018 elections, government’s sincerity in undertaking the envisaged democratic reforms became increasingly questionable.

While the government has since gazetted the Freedom of Information Bill and the Zimbabwe Media Commission Bill, it is regrettable that the two Bills were generally viewed as a far cry from meeting the country’s constitutional yardsticks as envisaged under Sections 61 and 62 of the Constitution which guarantees freedom of expression, media freedom and access to information.