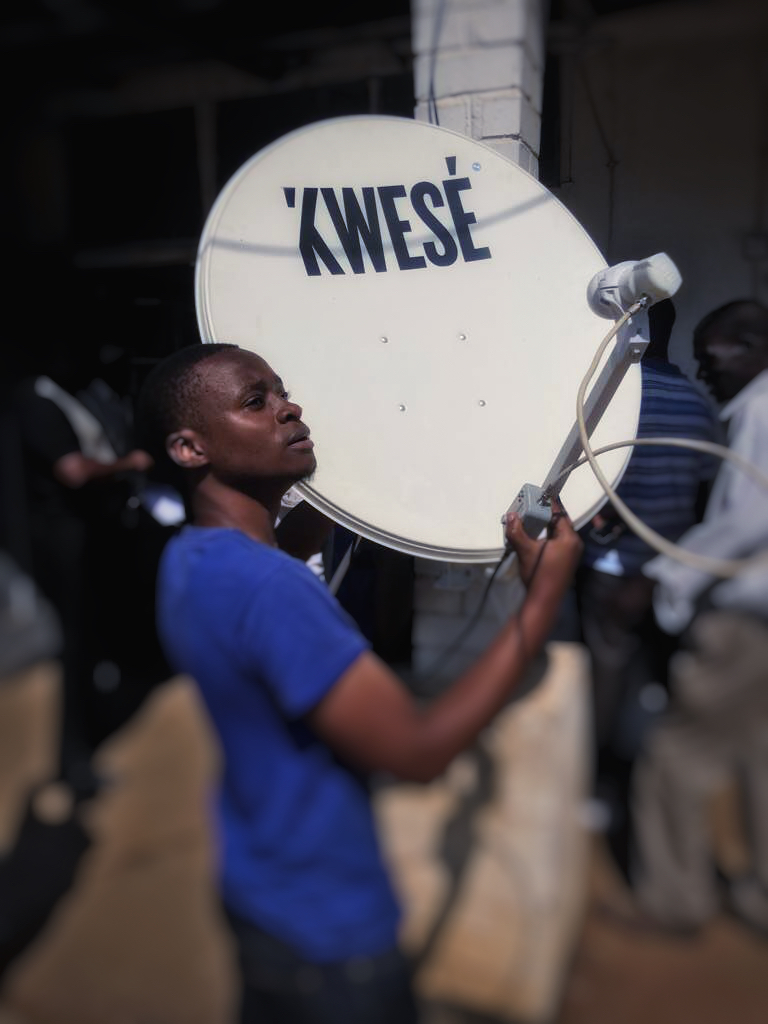 The on-going developments and conversations on the licensing of Econet Media’s satellite network, Kwese TV in Zimbabwe is yet another indication that reforms of the country’s current broadcasting framework are now long overdue.

Early in August the media was awash with reports on the launch of Kwese TV satellite television services in Zimbabwe. This was followed by an announcement by partner and content distributor, Dr Dish Private Limited. Currently, Dr Dish and the Broadcasting Authority of Zimbabwe (BAZ), are caught up in a High Court challenge over the cancellation of its license on 22 August 2017 as Econet Media was preparing to roll out its services.

This comes at a time when the processes involving BAZ’s calls for applications for broadcasting services and subsequent awarding of licenses in terms of the Broadcasting Services Act  (BSA) remains highly contested.

These contestations arise when measured against the country’s broadcasting landscape and the tenets of the African Charter on Broadcasting that call for a three-tier broadcasting system that reflects diversity and plurality in ownership patterns and content broadcast by the current players.

It is MISA Zimbabwe’s considered view that the current broadcasting framework goes against the spirit of the country’s Constitution under Section 61 (3) which deals with freedom of establishment of broadcasting and electronic media.

The Constitution states that state licensing procedures for the entities should be:

“Independent from control by government, or by political or commercial interests.”

This brings BAZ’s independence at the center of the contestations on licensing of broadcasting players in Zimbabwe.

There is no to doubt BAZ’s mandate as an institution that should ideally support democratic values in the media sector. This is evidenced by its oversight mandate as provided for in Section 4 of BSA.

What is of concern is that provisions within Section 4 of the current BSA do not guarantee the neutrality of the board. According to the Act, the President appoints BAZ members after consultation with the Minister and the Parliamentary Committee on Standing Rules and Orders.

This appointment criteria alone, void of public consultation and parliamentary oversight, falls short and limits the extent to which BAZ can be transparent and accountable to the broader Zimbabwean society, which the board should in fact serve.

There is need to amend the Act to ensure that members of the Broadcasting Authority of Zimbabwe are politically neutral or represent a reasonably wide spectrum of Zimbabwean interests and opinions.

Over the years, several issues have come to the fore that demonstrate the current challenges presented by the current licensing regime. These include BAZ’s failure to open the landscape for community radio broadcasting as provided for under BSA and as recommended by the government-sanctioned Information and Media Panel of Inquiry (IMPI) for review of the licensing and vetting procedures.

The deafening silence on the licensing of new television players in the wake of possible available channels on completion of the digital migration process is also of great concern.

Eyebrows have also been raised by reports and developments on the launching of a TV network by the state-controlled media stable, Zimpapers. These concerns are further buttressed by lack of clarity on how Zimpapers came into the control of two new local commercial radio stations, Capitalk and Nyaminyami FM that were licensed under Kingstons Private Limited.

This should be viewed against the general outcry that followed the awarding of licenses in question to eight provincial commercial stations to players aligned to the ruling political elite.

Although amendments to the BSA in 2008 divested the powers of the Minister in the processes for the granting, amending, revoking or suspension of a broadcasting licence, the  wide discretionary powers granted to the regulatory body in that role remain problematic.

While Section 16(3) has provision for a public inquiry in the process of suspension or cancellation of a licence, it is not mandatory. Public inquiries are held at the discretion of the ‘opinion’ of the authority and not informed or dependent on the willingness of the licensee to defend themselves.  This alone allows BAZ to make subjective decisions on what is justifiable in the case of a cancellation.

This provision should be reviewed to make public inquiry mandatory in the spirit of transparency and accountability on the part of BAZ.

This is particularly important given the huge capital investments involved in establishing a broadcasting service in Zimbabwe.

Thirty years ago on 29 April 1991, the United Nations Education Scientific and Cultural Organisation (UNESCO) convened a seminar in the Namibian capital of Windhoek which focused on promoting an independent and pluralistic African press. Participants to the seminar,...