10 Jul, 2020
This year on 7 July 2020 marked exactly three months since Mozambican journalist Ibraimo Abu Mbaruco went missing and to this day authorities in that country are yet to come up with a plausible explanation of what happened to him.

This year on 7 July 2020 marked exactly three months since Mozambican journalist Ibraimo Abu Mbaruco went missing and to this day authorities in that country are yet to come up with a plausible explanation of what happened to him.

On 7 April 2020, Mbaruco, a journalist with Palma Community Radio, sent messages to colleagues informing them he was surrounded by the military. Various calls have been issued by national, regional and international bodies for the Mozambican authorities to account for Mbaruco, but so far this has not yielded any results.

The official response from Mozambique has varied from being that Mbaruco was drunk when he went missing and that his disappearance may be linked to a romantic relationship, charges that his family have denied. Mbaruco’s family insists that, as a religious person, he did not consume any alcoholic beverages.

Meanwhile, MISA Zimbabwe, notes what is increasingly becoming a pattern, that each time a journalist goes missing or is assaulted by state actors, authorities are quick to claim that this could be linked to a romantic relationship.

Given this emerging pattern, it is MISA Zimbabwe’s strong view that this repetitive and unsubstantiated explanation, should be discounted.

Furthermore, following his disappearance, Mbaruco’s mobile phone remained on for some time. MISA Zimbabwe believes that this should spur the police and Mozambican authorities to intensify their investigations and determine his exact location at the material time, and hopefully find out what may have happened to him.

In this regard, MISA Zimbabwe believes Mbaruco’s disappearance falls within the broader context of human rights violations that have been reported in certain regions of Mozambique’s Cabo-Delgado province that are experiencing armed conflict.

Mbaruco’s enforced disappearance comes at a time when Mozambican security forces have continued to harass, intimidate, and arbitrarily detain journalists covering the fighting between government forces and an armed group in the Cabo-Delgado province.

Explanations from the authorities have been inadequate and concerted efforts are needed to ensure that the state immediately accounts for Mbaruco’s whereabouts.

MISA Zimbabwe urges the government of Mozambique to ensure enforced disappearances of journalists do not occur or continue to happen.

The country should take urgent actions and measures to protect media freedom, freedom of expression and right to access to information as provided for in the African Union (AU) protocols and instruments such as the African Charter on Human and People’s Rights; the AU’s Declaration of Principles on Freedom of Expression and Access to Information as well as the country’s constitutional provisions, among others.

In addition, the government of Mozambique must conduct a thorough investigation into Mbaruco’s enforced disappearance and curb these unlawful attacks and impunity against the media and journalists. The authorities should also issue regular updates on the progress of their investigations. 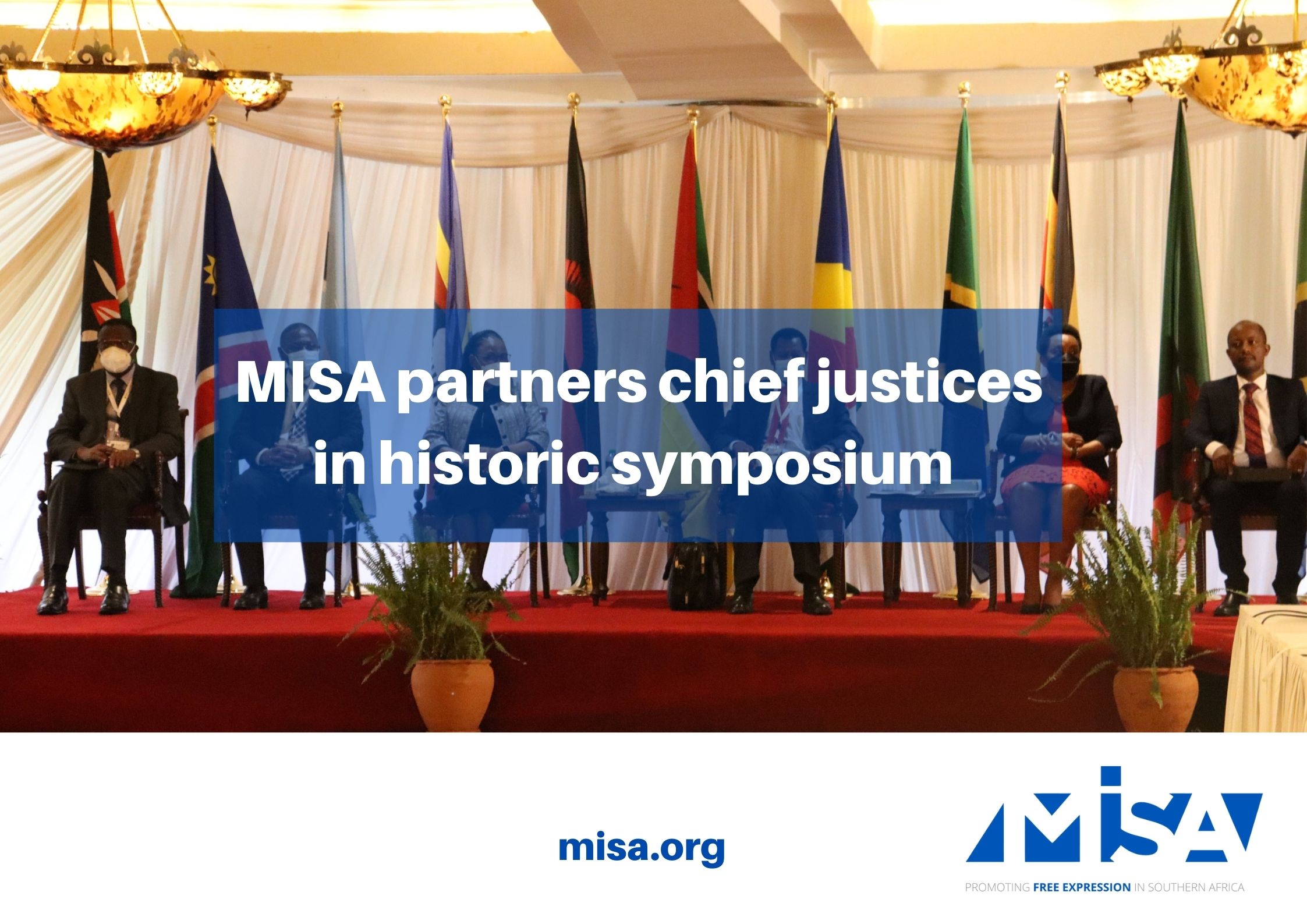 The Southern Africa Chief Justices’ Forum (SACJF) held a historic symposium in Nairobi, Kenya, where it managed to bring together 12 Chief Justices under one roof for the first time since the forum’s formation in 2003. MISA was one of the five collaborative partners...