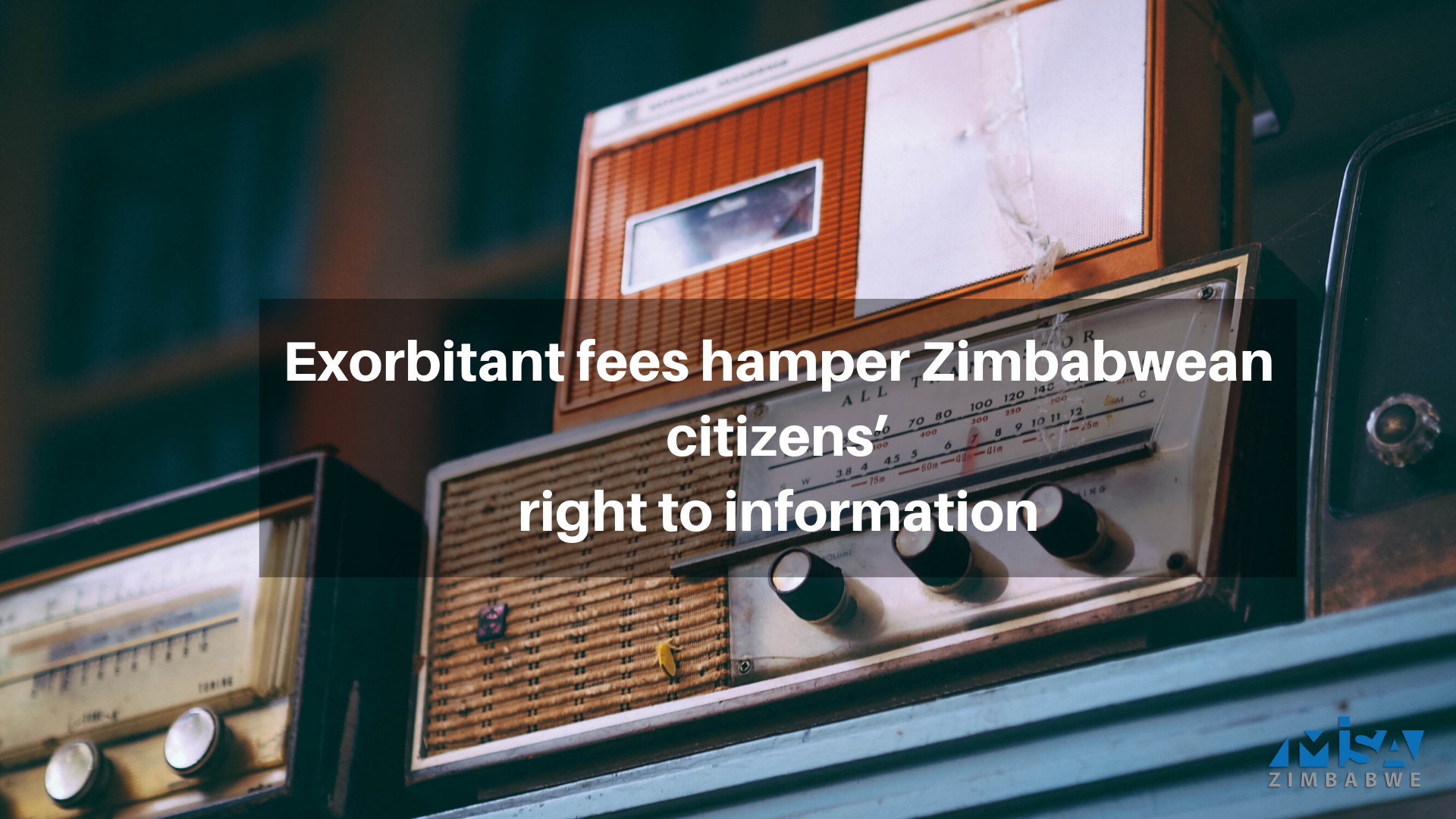 Following the reviewing of listeners’ licence fees for both radio and television by the Zimbabwe Broadcasting Corporation, another Statutory Instrument, SI 63 of 2020 Broadcasting (Listener’s Licenses) (Fees) Notice of 2020, was gazetted on 11 March 2020. SI 63 of 2020 seeks to repeal SI 19 of 2009.

The need to review the listener’s licenses fees could have been influenced by the current hyper-inflationary environment that Zimbabwe is currently experiencing. However, it is our well-considered view that the law should be relevant to the environment and circumstances it is applied.

These increases in the listeners’ licence fees are unnecessary and unjustifiable, particularly because these fees will be payable every quarter. They would have been more ideal if they were payable at least on a yearly basis.

The media in its various forms has been a platform for the exercise of constitutional rights to freedom of expression, media freedom and information access.

Despite the fast-paced technological developments and the growth of the digital space, traditional media through radio and television still remains a source of information and medium for communication for the majority of the citizens.

MISA Zimbabwe has been strongly championing the liberalisation of the airwaves in Zimbabwe through the enactment of democratic laws and policies. The establishment of community radios has also been advocated for as part of the necessary media reforms that Zimbabwe needs to implement towards the rights guaranteed in the expansive bill of rights of our constitution.

In this regard, MISA Zimbabwe recently released a statement following the gazetting of Statutory Instrument (SI) 39 of 2020 on Community and Campus Radios. MISA Zimbabwe expressed its concern with the exorbitant licensing fees and the barring of foreign investment in the establishment of both community radio stations and commercial players in the broadcasting industry.

MISA Zimbabwe and several other stakeholders have been calling for the Zimbabwe Broadcasting Corporation (ZBC) to improve its programming and content production and also afford diversity of views and opinions through its radio and television platforms. It, therefore, escapes logical reason to impose a compulsory listener’s license regime, yet the government’s mouthpiece has over the years failed to service the citizens with competitive content and is still unable to cover the entire country.

MISA Zimbabwe, therefore, calls for the review of the listener’s fees. Every person has the right to access information, which information can be through radio and television. Listeners’ licensing fees should, therefore, be affordable despite one’s economic status or geographical location.

The economic divide remains one of the factors that hinder access to both traditional and digital media in Zimbabwe and legislation that promotes such economic divides or inequalities should be reviewed accordingly.

MISA Zimbabwe maintains that Zimbabwe’s current media legislative and policy reforms should be aimed at promoting the exercise and enjoyment of rights instead of limiting them through exorbitant licensing and listener’s fees. Suffice to further note that ZBC should be transformed from the current state broadcaster towards a Public Service Broadcaster (PBS). A genuine PBS must: