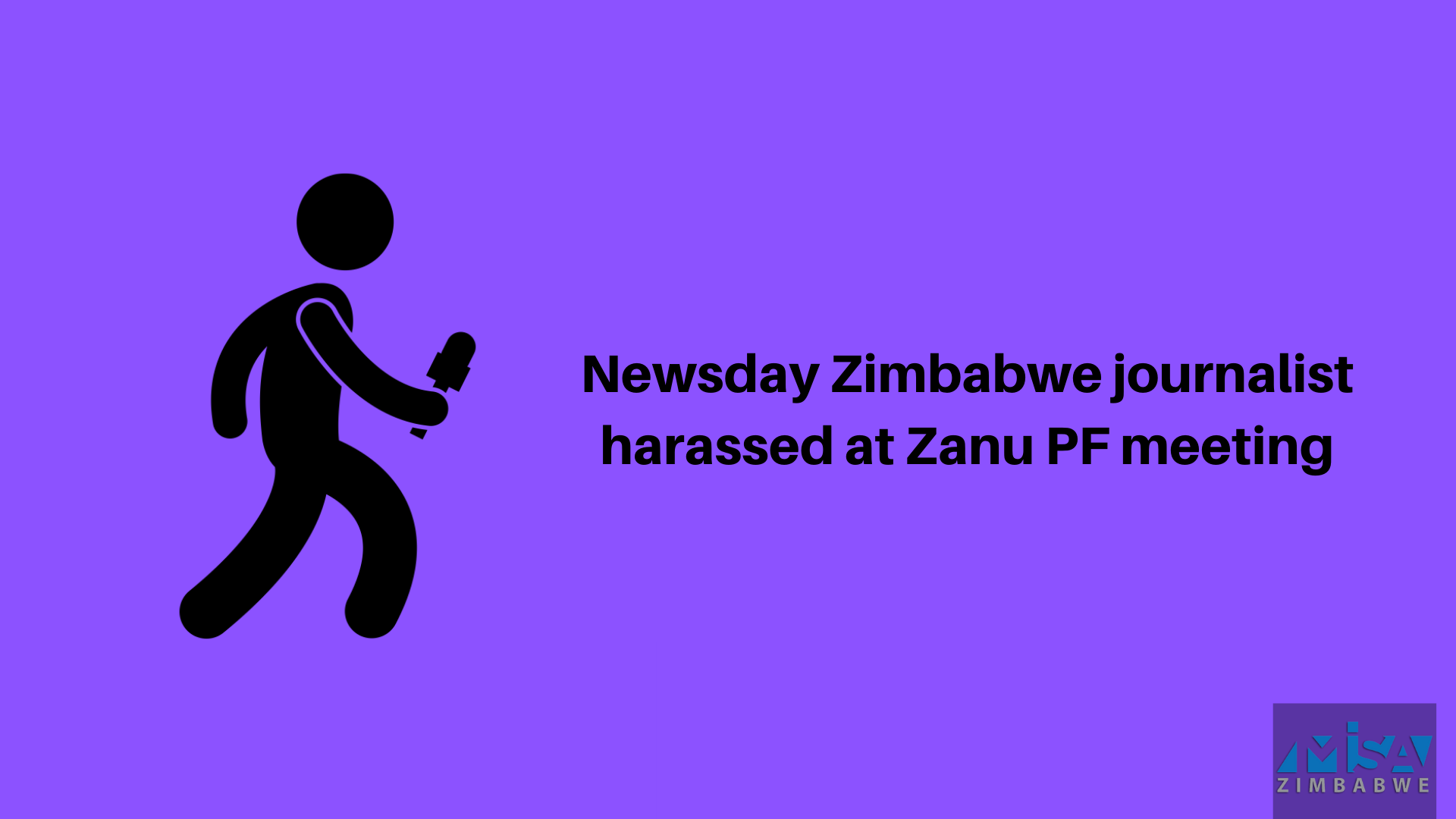 10 Mar, 2020
Simbarashe Sithole a news reporter with NewsDay Zimbabwe was reportedly arraigned before Zanu PF politicians by the party’s provincial chairperson at a meeting in Mvurwi to explain a story about an alleged rift between MPs and war veterans in the province.

Simbarashe Sithole a reporter with NewsDay was on 6 March 2020 reportedly arraigned before Zanu PF politicians by the party’s provincial chairperson for Mashonaland Central Kazembe Kazembe at a meeting in Mvurwi to explain a story about an alleged rift between MPs and war veterans in the province.

According to NewsDay, the story published by the newspaper alleged a rift between the liberation warfighters and MPs in the area who they accused of abusing food donated to the province to advance personal interests.

“I am being advised that the reporter who covered the story is in here. What is happening to our security, Simbarashe Sithole please stand up and tell us if your story is true because you are here by default,” the newspaper reported in its NewsDay Weekender edition of 7 March 2020.

This incident clearly constitutes intimidation and harassment of journalists.

MISA Zimbabwe reminds political parties and members of the public that there are civilised ways of seeking recourse whenever one is unhappy with the contents of a published story.

We, therefore, urge aggrieved members of the public or public officials to approach the Voluntary Media Council of Zimbabwe where they can lodge complaints against the media for recourse.