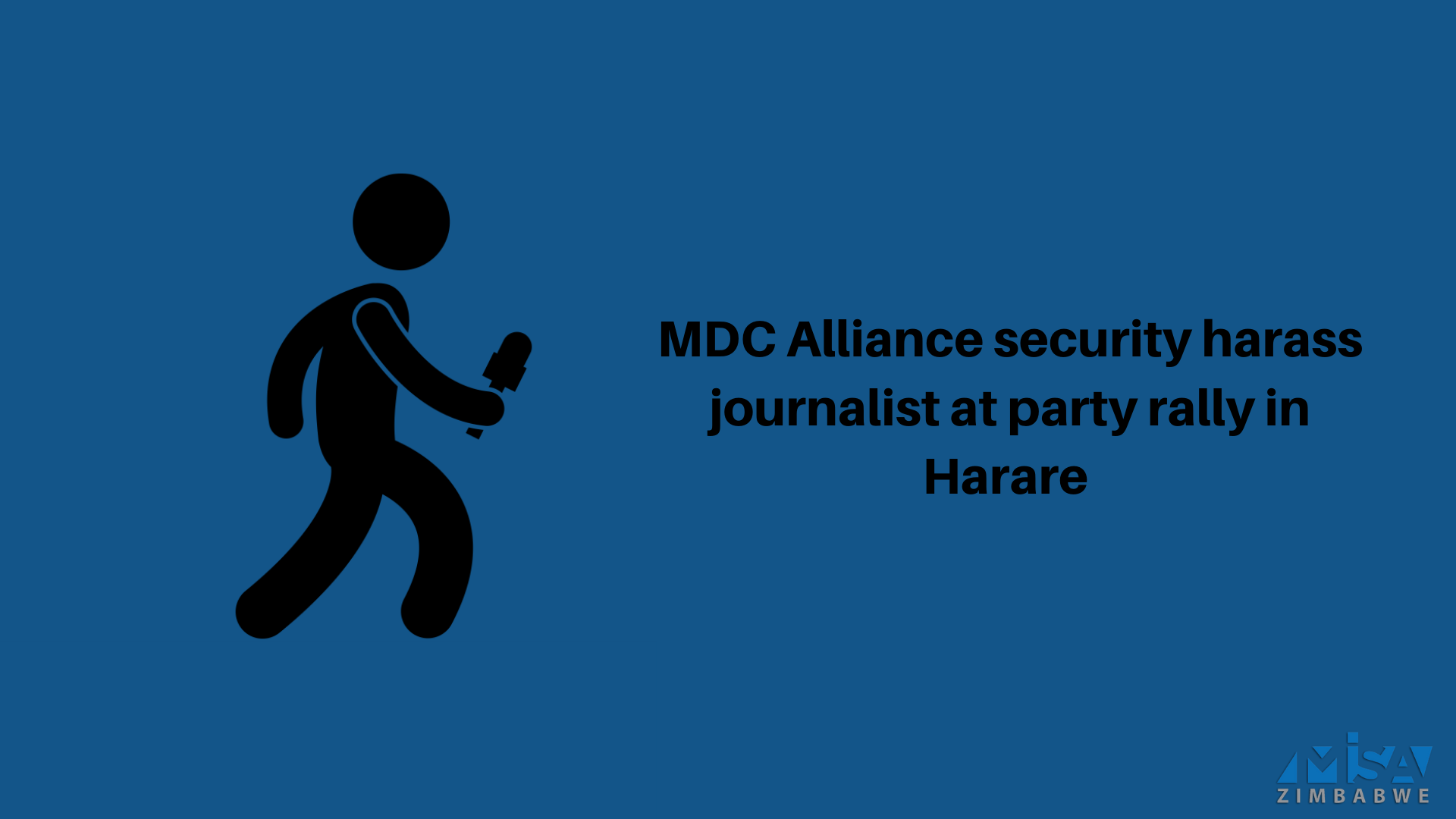 22 Jan, 2020
MISA Zimbabwe condemns in the strongest terms, the harassment of journalist Robert Tapfumaneyi by MDC Alliance security details at the party's meeting in Harare.

Robert Tapfumaneyi, a journalist with Zimbabwe-based Sly Media Productions, was on 21 January 2020 harassed by MDC Alliance (MDC A) security details while covering the opposition party’s meeting in Harare’s high-density suburb of Mbare. The opposition party President, Nelson Chamisa was addressing the public meeting, dubbed State of the Nation and 2020 Agenda.

Pictures that have since gone viral online show five security details manhandling the journalist as he struggles to break loose from the tight grip.

MISA-Zimbabwe condemns in the strongest terms possible the barbarism exhibited by the MDC A security details more so as it comes on the backdrop of similar incidences against journalists by the party’s supporters in the run-up to the 2018 general elections.

The party should keep their security details on a short leash and above all educate them in particular and supporters generally on the lawfulness of journalism as a profession which is enshrined and protected under section 61 of the Constitution of Zimbabwe which provides for freedom of the press.

The party should conduct its own internal investigations into these unlawful and shameful acts that pose a great risk to the safety of journalists undertaking their legal and professional duties.