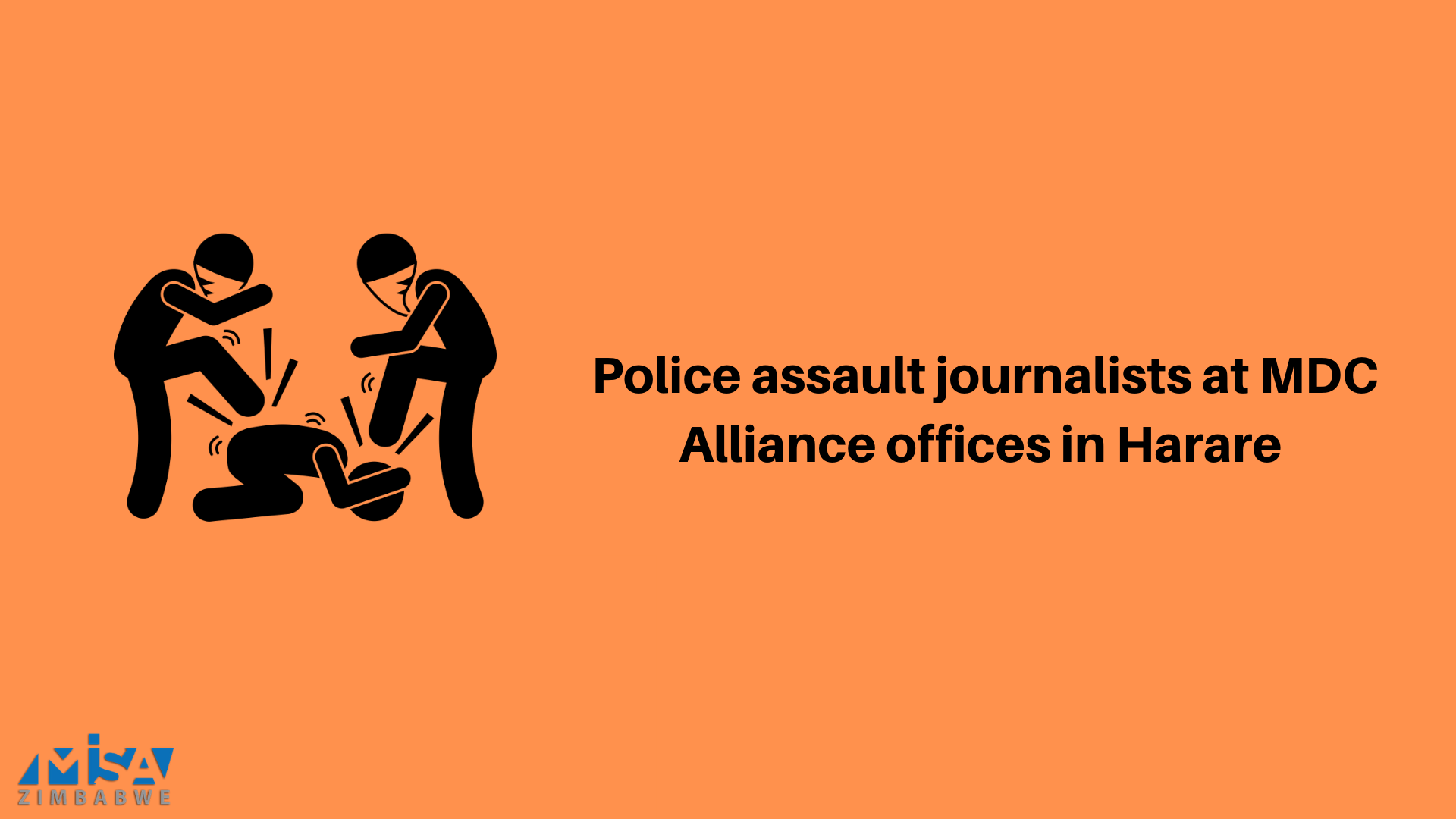 20 Nov, 2019
Police assaulted three journalists at the MDC Alliance HQ in Harare where leader Nelson Chamisa was scheduled to give an address.

Three journalists were assaulted by police at the MDC Alliance HQ in Harare, Zimbabwe where leader Nelson Chamisa was scheduled to give his ‘Hope of the Nation Address’ today.

The journalists are with online publication OpenParly and Community Radio Harare (CORAH).

OpenParly’s Daniel Chigundu told MISA Zimbabwe that he was assaulted at MDC Alliance headquarters, also known as Morgan Richard Tsvangirai House, together with his colleague who is also an intern with the publication, Loreen Tadzingwa while live-streaming the proceedings.

Ranganai Zimunya of CORAH, which is a community radio initiative, was also similarly assaulted, despite displaying his accreditation card.

The journalists were assaulted as the police started dispersing people that had gathered at the MDC Alliance headquarters.

According to Chigundu, their pleas that they were journalists were ignored by the police.