2 Jul, 2018
Last week POTRAZ and the Ministry of ICT and Cyber Security announced an almost 60% reduction in out-of-bundle mobile data.

Last week POTRAZ and the Ministry of ICT and Cyber Security announced an almost 60% reduction in out-of-bundle mobile data.

This was welcomed as a progressive move that would promote Internet access in the country. With effect from 1 July 2018 out-of-bundle mobile data will be going for 5 cents per megabyte. This short article seeks to determine whether this revised rate is affordable and what the reduction will mean for the average consumer.

Internet access has become an important part of social and professional life. It is, therefore, normal that in Zimbabwe the bulk of communication occurs via Internet-based services such as WhatsApp, Facebook, Skype, and general email.

The amount of Internet access in any specific place relies on a number of factors such as network infrastructure, availability of power, and most importantly the cost of accessing the Internet. POTRAZ sector performance reports consistently show that the majority of Internet users in Zimbabwe access the Internet by means of mobile devices, usually mobile phones, and tablets.

Other services such as email and general websites are not accessible through mobile data bundles.  A consumer must, therefore, buy mobile data at out-of-bundle rates that are far more expensive when compared to bundled data. A natural consequence of the current pricing regime is that the majority of consumers will opt for bundled data as opposed to the more expensive out-of-bundle data.

The discussions around the price reduction also showed how hard it is to measure the affordability of Internet access. One common way is to take a comparative look at what other countries in the region charge for mobile data.

An example of such a comparative approach is the RIA Africa Mobile Pricing Indices (RAMP). According to RAMP, Zimbabwe has the fourth most expensive mobile data in Africa. This is based on the average cost of $30 for 1 gigabyte of out-of-bundle data.

One major disadvantage with the comparative approach is that it does not cater to unique market forces that determine the cost of mobile data within the different countries compared in the research.

For example, Zimbabwe’s MNOs state that the reason their mobile data prices are high is that they are still paying off their network capitalisation costs. The case is probably different for MNOs in more developed African countries.

The Alliance for Affordable Internet (A4AI) has come up with a formula that caters to each country’s unique conditions. The A4AI argues that Internet is affordable if 1GB of mobile out-of-bundle broadband data is priced at 2% or less of average monthly income.

If for example, the Zimbabwean average monthly income is $400 a month, then 1 gigabyte of mobile data must cost less than $8. Under the new data price regime, 1 gigabyte of out-of-bundle data will cost a minimum of $50. This is much higher than the A4AI threshold, a clear indicator that Zimbabwean mobile data is still exorbitant.

Limiting the reduction of mobile data only to a specific class of data that is only used by a minority of the market will not improve Internet access in any significant and meaningful way. 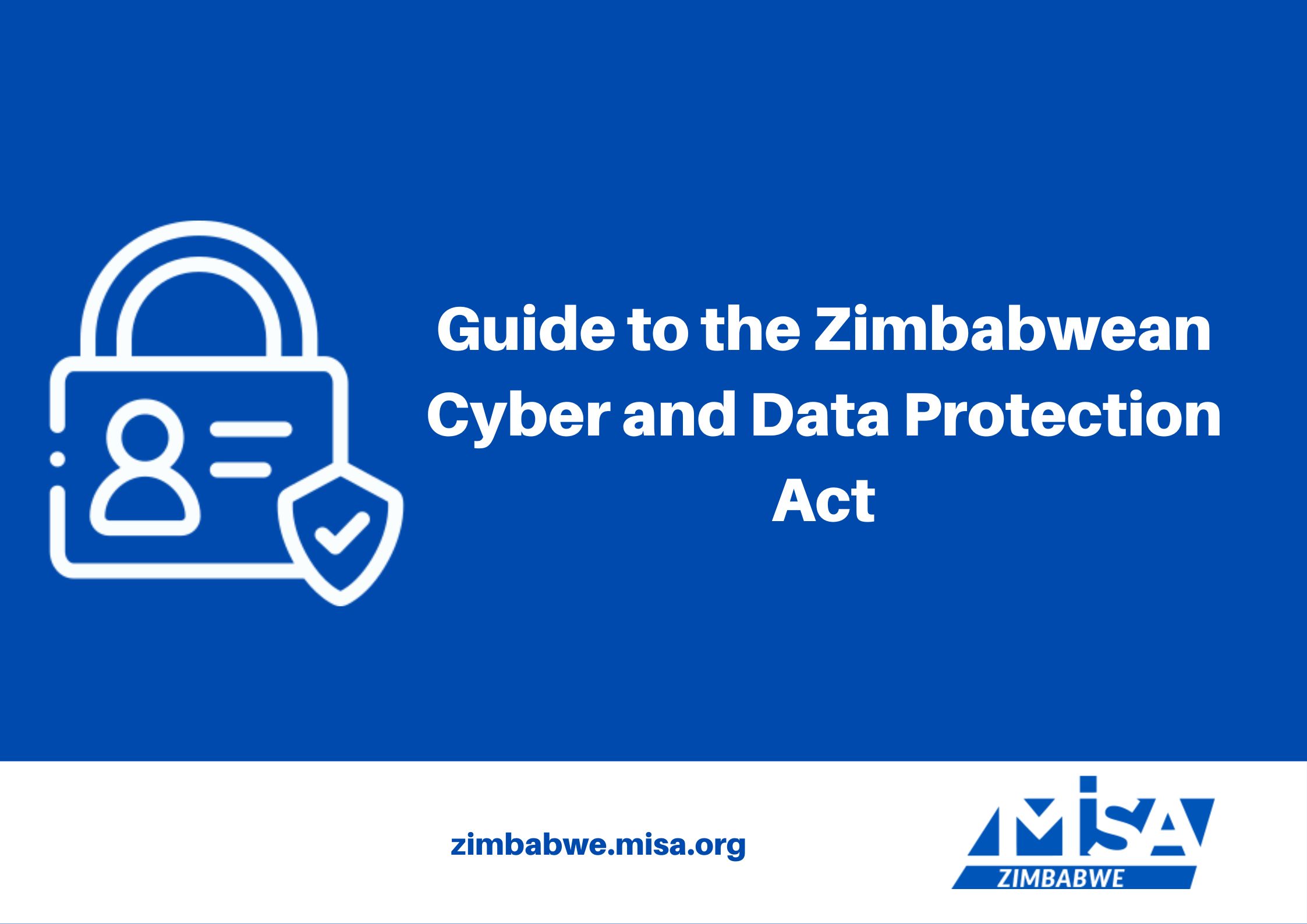 Guide to the Zimbabwean Cyber and Data Protection Act

This Guide intends to assist ordinary citizens, data protection advocates, human rights advocates, media organisations and interested individuals in getting a basic understanding and application of the Cyber and Data Protection Act (Act). This guide aims to contribute...

Canada in Zimbabwe@CanEmbZimbabwe
Since January, at least 12 journalists in 🇿🇼have either been harassed, intimidated, threatened or arrested. Journalists must be free to exercise their profession without overly restrictive laws & punitive legal measures. Freedom of expression is a fundamental right. #MediaFreedom! https://t.co/XOaC8L0nDw
1
1

1
0
We use cookies on our website to give you the most relevant experience by remembering your preferences and repeat visits. By clicking “Accept All”, you consent to the use of ALL the cookies. However, you may visit "Cookie Settings" to provide a controlled consent.
Cookie SettingsAccept All
Manage consent