Media should worry about interference and lack of independence 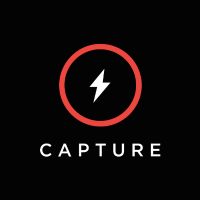 21 Sep, 2017
Media reform can't be ignored. Without independent media, it is impossible to ensure the forthcoming elections are free and fair.

MISA Zimbabwe on 20 September 2017 held its elective annual general meeting in Harare with its outgoing Chairperson Kumbirai Mafunda imploring the media to address concerns on the alleged capture of the profession by political players.

In his 2017 annual general meeting report, Mafunda said the profession’s credibility and integrity is being questioned in the wake of reports and allegations of media capture, corruption and deteriorating ethical standards.

“Allow me to stress that it is only us and none but ourselves, that should be tasked with examining and addressing these issues for purposes of restoring media professionalism, accountability and independence from political and economic interests and interferences,” he said.

Media freedom, he said, imposes immense responsibility on the media to operate within the dictates and ethics of the profession.  “This means the media should at all times, defend the principles of freedom of expression in the honest collection and dissemination of news and the right to fair comment and criticism.

“The media should at all times thus rectify any published information found to be harmfully inaccurate and afford aggrieved parties the right of reply.”

Mafunda lamented the lack of progress in implementing media reforms saying proceeding to the 2018 elections without the expected reforms would be “serious negation” of government’s constitutional responsibilities.

“The need for reforms cannot be ignored as this is critical to securing a conducive environment that will determine the freeness and fairness of the forthcoming polls,” he said.

“We therefore implore the police and other state security agents, to ensure the safety and security of journalists conducting their lawful professional duties. There can be no media freedom where journalists are wantonly harassed, threatened or unlawfully detained during the course of their lawful duties,” said Mafunda.

Journalist Jeffrey Moyo and Thabang Manhika, an employee of the Zimbabwe Media Commission were on 31 May 2021 denied bail on charges of contravening the Immigration Act. Bulawayo magistrate Rachel Mukanga said the two were facing serious charges with a 10-year prison...

The Canadian Ambassador to Zimbabwe, Christina Buchan, has expressed concern at how journalists in Zimbabwe are treated, noting that media workers continued to face violations, despite them being declared essential workers during the COVID-19 pandemic. “Journalists,...