Data tariffs to be reduced 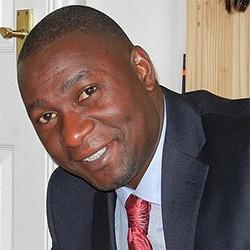 24 May, 2017
MISA Zimbabwe welcomes moves by the Zimbabwean government to facilitate the downward review of mobile data prices in the country.

MISA Zimbabwe welcomes moves by the Zimbabwean government to facilitate the downward review of mobile data prices in the country.

In an interview with The Daily News last week, Minister of Information and Communication Technology, Postal and Courier Services, Supa Mandiwanzira, said a suitable pricing model for the country would be arrived at following the conclusion of a survey currently being undertaken by the Postal and Telecommunications Regulatory Authority of Zimbabwe (POTRAZ).

The survey is being conducted to establish the cost of landing bandwidth in the country by the Mobile Network Operators.

In January, Minister Mandiwanzira issued a directive for the suspension of an increase in mobile network voice and data charges following a public outcry.

However, according to Research ICT Africa, Zimbabwe’s data charges remain the third highest on the continent with the cheapest monthly 1 GB data package in the country set at $30.

In welcoming this move, MISA Zimbabwe, however, reiterates that in order to come up with an ideal pricing model for the sector, balance should be struck between the interests of the private sector and that of the users.

This can be achieved through further consultations with the users to address other issues such as  the manner in which bundled data is set for expiration either daily, weekly or monthly as opposed to exhaustion by actual use.

MISA has launched the second edition of the State of Press Freedom in Southern Africa report, with this year’s edition focusing on digital surveillance of journalists. The report was launched simultaneously in Bulawayo, Zimbabwe where MISA, UNESCO and the government...