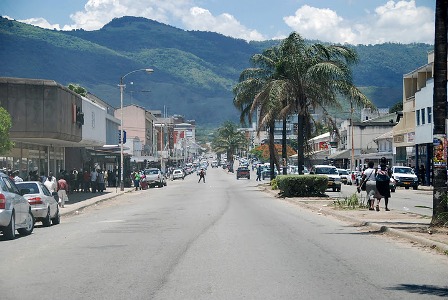 23 Feb, 2017
A social audit undertaken by the United Mutare Residents and Ratepayers Trust (UMRRT)  launched recently in the eastern border town of Mutare  blames ‘serious malpractices and corruption’ as the reason for deteriorating service delivery in the city. UMRRT partnered with MISA Zimbabwe in the project which involved interviews with residents and information requests to determine […]

A social audit undertaken by the United Mutare Residents and Ratepayers Trust (UMRRT)  launched recently in the eastern border town of Mutare  blames ‘serious malpractices and corruption’ as the reason for deteriorating service delivery in the city.

UMRRT partnered with MISA Zimbabwe in the project which involved interviews with residents and information requests to determine the level of information sharing, openness, transparency, responsiveness and accountability, on the part of Mutare City Council (MCC).

The report which was launched at Moffat Hall in Mutare’s suburb of Sakubva on 17 February 2017, is aimed at enhancing access to information and citizens’ participation in governance issues to foster accountability.

Speaking on the report findings, UMRRT’s Edison Dube, who was the principal researcher, noted that roads, water, education, health  and housing services in the city, were deteriorating. According to the report, residents suspect this could be due to “serious malpractices and corruption” on the part of the city’s management.

“Residents are generally not satisfied with the way the council has been managing their welfare and service delivery during the last years,” reads part of the report.

The report notes that priorities set in the council’s 2016 budget had not received attention as envisaged by residents. Residents attributed this to abuse of loans and failure to account for use of internally mobilised funds, as the major drawback to the water crisis in the city’s high density of Dangamvura.

“Failure by the local authority to engage residents on these issues and failure to act on those who were found on the wrong side of the law, has further tainted the city council’s reputation on effective and efficient utilization of public resources,” reads the report.

For instance, the local authority did not respond to UMRRT’s request for information pertaining to, among other issues of concern, the status of the education levy and how much had been collected and where it was being kept.

The audit came up with several recommendations which included the need to improve accessibility of documents relating to budgets, council minutes and reports as well as systematic engagements with key stakeholders and creation of platforms for dialogue with residents.

MISA-Zimbabwe national director Nhlanhla Ngwenya urged residents of Mutare to actively participate in governance issues to foster accountability saying the right to access to information is provided for in the constitution.

UMRRT director, Bishop Sebastian Bakare, said his organisation would follow-up on the report’s recommendations adding that residents should work together to rescue the city  from further decay.

Mutare Senator Keresensia Chabuka, who officially launched the report, said it should be widely distributed to ensure more residents and other critical players have access to it.