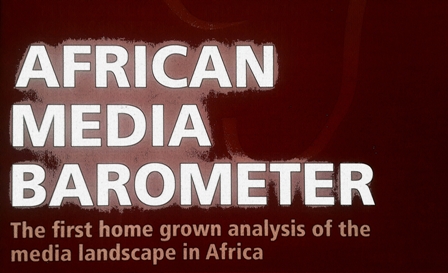 19 Nov, 2016
MISA -Zimbabwe on 18 November 2016 simultaneously launched the African Media Barometer (Zimbabwe 2015) and its 2016 Transparency Assessment Report at Dema shopping center in Seke during a ceremony attended by 82 people. Findings for the African Media Barometer were delivered by Patience Zirima and Chris Musodza who were among the publication’s research panelists. Speaking […]

MISA -Zimbabwe on 18 November 2016 simultaneously launched the African Media Barometer (Zimbabwe 2015) and its 2016 Transparency Assessment Report at Dema shopping center in Seke during a ceremony attended by 82 people.

Findings for the African Media Barometer were delivered by Patience Zirima and Chris Musodza who were among the publication’s research panelists. Speaking to the research findings, it was noted that despite the adoption of a new constitution in 2013, the media operating environment remained unchanged.

The panelists cited the continued existence of repressive laws such as the Access to Information and Protection of Privacy Act (AIPPA) and the Official Secrets Act (OSA).

Zirima noted the media remained polarized along political lines characterized by sharp divisions in the coverage of economic and political issues. This polarization was also perpetuated by the non- independent nature of the Zimbabwe Broadcasting Cooperation (ZBC) and its partisan board. The independent press also contributed to the polarity by adopting journalistic practices that promote opposition politics.

The presenters also alluded to the fact that media pluralism had improved citing the coming on board of ZiFM and Star FM after being licenced in 2012 and effectively breaking ZBC’s age-old monopoly over the airwaves. Musodza also spoke about the new information and communication technologies as having opened new avenues for exercising freedom of expression in Zimbabwe, among other advantages.

Meanwhile, Malvern Mukudu, the principal researcher of the Transparency Assessment Report, took time to explain the findings of the annual survey which aims at gauging the levels of transparency and the readiness of public institutions in disclosing information.

Mkudu noted that, out of the 10 institutions surveyed, the Tobacco Industry Marketing Board was the most open and transparent institution followed by the Zimbabwe Human Rights Commission and the Grain Marketing Board, while the Ministry of Primary and Secondary Education was the most closed and least responsive in terms of information disclosure.

One of the panelists, Councillor Rubatika representing Seke Ward 2, bemoaned the emergence of tabloids such as H-Metro saying they were fast eroding our culture by publishing inappropriate media content. Other participants stressed the need to set up community media platforms to ensure the continued relevance of news material.

Others also expressed their scepticism over the emergence of new technologies in the absence of a regulatory framework.

Councillor Rubatika officially launched the two publications during the event jointly organised by MISA-Zimbabwe and the Chitungwiza Residents Association (CHITREST).