Farewell Jeanette Minnie … the Zambezi Fox is no more 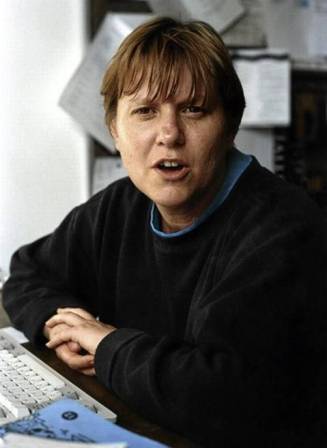 2 Nov, 2016
It is with great sorrow that the Media Institute of Southern Africa (MISA) learned of the passing on November 2, 2016, of Jeanette Minnie. She died at the age of 61, after a bitter battle with cancer. Jeanette will be remembered with great fondness and respect by all who met her and interacted with her. […]

It is with great sorrow that the Media Institute of Southern Africa (MISA) learned of the passing on November 2, 2016, of Jeanette Minnie. She died at the age of 61, after a bitter battle with cancer.

Jeanette will be remembered with great fondness and respect by all who met her and interacted with her. In her work, she was respected for her incisive and deep insight and at play she was loved for her enthusiasm and zest for life. She had the knack of putting people at ease despite her standing as an internationally renowned expert in her field.

Jeanette is internationally recognised by many organisations as an African media expert in relation to media law and policy, independent regulation of the media and institutional and programme development of media associations and networks.

She is also known by the name of her consultancy service, Zambezi FoX. ‘Zambezi’ is the name of a river that links and flows through many of the 15 countries of the Southern African Development Community (SADC) sub-region where she lives and conducts much of her work, and ‘FoX’ is her acronym for Freedom of Expression.

Her body of work as a campaigner for press freedom, freedom of expression is unsurpassed. Most recently she co-edited MISA’s hardcopy and online newspaper called the African Free Press on the state of media freedom and diversity in sub-Saharan Africa 25 years after the adoption of the Windhoek Declaration.

Jeanette has always been a strong supporter of promoting the financial sustainability of independent media as a strategy towards strengthening media freedom in a country. During her tenure as the Regional Director of MISA, MISA provided media business training courses for members of the independent (non-state) media from all the SADC member states.

We at MISA are very proud to have had the honour of your counsel. We are deeply grateful to you Jeanette, for your unwavering dedication to the promotion of media freedom and freedom of expression in Africa and the world. You will continue to inspire us and generations to come.