Number of unique mobile subscribers in Africa surpasses half a billion 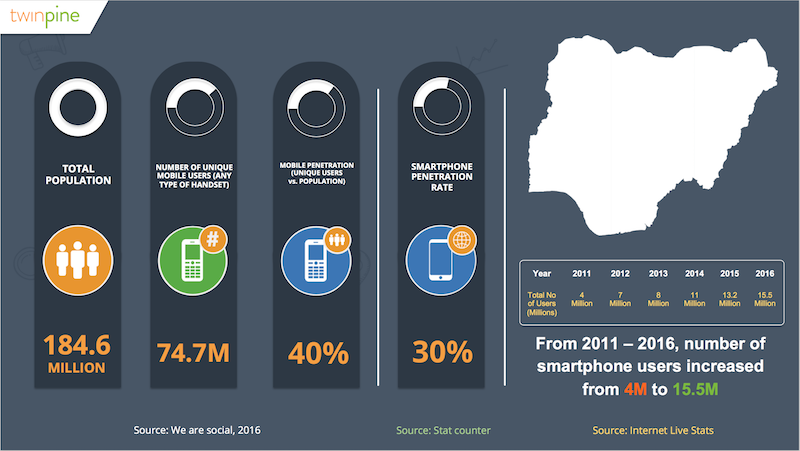 28 Jul, 2016
More than half a billion people across Africa are now subscribed to mobile services as the continent continues to migrate rapidly to mobile broadband networks, reveals a new GSMA study. ‘The Mobile Economy: Africa 2016 study was published at the GSMA Mobile 360 Africa event being held in Dar es Salaam, Tanzania, 26 – 28 […]

More than half a billion people across Africa are now subscribed to mobile services as the continent continues to migrate rapidly to mobile broadband networks, reveals a new GSMA study.

The report also highlights the increasing contribution of Africa’s mobile industry to the regional economy, including employment and public funding, and mobile’s role a platform for digital and financial inclusion.

“More than half a billion people across Africa are now subscribed to a mobile network, providing them not just with connectivity but a gateway to a range of other essential services in areas such as digital identity, healthcare and financial services,” said Mats Granryd, Director General, GSMA. “The rapid move to mobile broadband networks is also unlocking new opportunities for consumers, businesses and governments, growing an ecosystem that last year added more than $150 billion in value to Africa’s economy.”

Network Investments and Smartphones Driving Mobile Broadband Adoption
The report finds that there were 557 million unique mobile subscribers across Africa at the end of 2015, equivalent to 46 per cent of the continent’s population, making Africa the second-largest – but least penetrated – mobile market in the world. Africa’s three largest markets – Egypt, Nigeria and South Africa – together accounted for around a third of the total subscriber base. The number of unique mobile subscribers is forecast to reach 725 million by 2020, accounting for 54 per cent of the expected population by this point.

African mobile subscribers are rapidly migrating to mobile broadband networks and services, a result of ongoing network rollouts and the increasing availability of affordable mobile broadband devices and tariffs. Mobile broadband (3G/4G) accounted for just over a quarter of total connections at the end of 2015, but is expected to account for almost two-thirds by 2020. By mid-2016, there were 72 live 4G networks in 32 countries across Africa, half of which have launched in the last two years. Meanwhile, the number of smartphone connections in Africa is forecast to more than triple over the next five years, rising from 226 million in 2015 to 720 million by 2020.

Mobile’s Contribution to African GDP, Jobs and Public Funding to Increase
The use of mobile technologies and services across Africa generated $153 billion in economic value last year, equivalent to 6.7 per cent of the region’s GDP. This contribution is expected to increase to $214 billion by 2020 (7.6 per cent of expected GDP) as countries in Africa continue to benefit from the improvements in productivity and efficiency brought about by increased take-up of mobile services. Africa’s mobile ecosystem also supported 3.8 million jobs in 2015 and made a $17 billion contribution to the public sector via general taxation. The number of jobs supported is forecast to rise to 4.5 million by 2020, while the tax contribution is expected to increase to $20.5 billion.

The report also explains how mobile is powering innovation and entrepreneurship across Africa. It notes that there are now approximately 310 active tech hubs across the region, including 180 accelerators or incubators. Mobile operators are supporting this ecosystem by opening up APIs to third-party developers in areas such as messaging, billing, location and mobile money, which has allowed start-ups to scale quickly.

Mobile technology is also playing a central role in addressing many of the social challenges in Africa, including the ability to provide citizens with official identities, tackling the ‘digital divide’ by enabling access to the mobile internet, and delivering financial inclusion via mobile money services. The number of mobile subscribers in Africa that access the mobile internet has tripled in the last five years, reaching 300 million by 2015, equivalent to a quarter of the African population. An additional 250 million subscribers are expected to become mobile internet users by 2020, bringing the total to 550 million (41 per cent of expected population).

“The positive transformational impact of mobile is being felt more profoundly in Africa than anywhere else in the world; Africa’s mobile industry is at the forefront of helping to deliver the United Nations’ Sustainable Development Goals,” added Granryd. “We are focused on creating a better future for citizens and businesses across Africa, providing access to essential information and services, improved employment and economic opportunities, and greater productivity and competitiveness.”

The new report ‘The Mobile Economy: Africa 2016’ is authored by GSMA Intelligence, the research arm of the GSMA. To access the full report and related infographics, please visit:http://www.gsma.com/mobileeconomy/africa/.

Analysis of the Data Protection Act

On 3 December 2021, Zimbabwe enacted the Data Protection Act which also has aspects relating to cybersecurity and cybercrimes. The object of this Act is “to increase data protection in order to build confidence and trust in the secure use of information and...